Beer is the most ancient recipe ever recorded. Drinking a beer, along with the process of brewing it, has been a part of the human experience since the beginning of time. The first pioneers of beer making and the process of how it is done is still unknown and uncertain. But, the discovery of the first fermentation process began with some grain or bread that accidentally got wet around 10,000 years ago.

The first documentation of the brewing process was found in ancient Egypt and was written on papyrus scrolls. The brewing process made use of dates, meadowsweet, pomegranates, olive oil, and some other wild herbs. The resulting beer would probably be quite strong by today’s standards.

But beer brewing has improved over the years and in this article, the modern process of beer brewing will be discussed.

The process of beer brewing has four fundamental ingredients: yeast, barley, hops, and water. Basically, the aim is to remove the sugar from the grains (generally barley). This allows the yeast to transform them into alcohol and carbon dioxide to create beer.

Purified water is very crucial in the production of a good quality beer. Beer brewers give a diligent consideration to the source and purification of the water they use for brewing. Moreover, there is a required standard for the purified water used in beer breweries. So the brewers need to meet that standard. Especially if the needed chemical contents of the water is not met for the mashing process.

Now, let’s go on to the step by step process of beer brewing.

The first step in the brewing process is to harvest and process the grains. The grains are commonly barley but wheat and rye are also sometimes used.

Various kinds of malt are mashed together to break down the grain kernels. This process extracts sugars that are fermentable. Thus, producing a grist (milled grain).

Now, the grist is ready for the next process called mash conversion. The grist is moved to a mash mixer or a mash tun. Then it is steeped in a heated, but not boiling, purified water for a controlled amount of time and temperature.

This conversion process activates the enzymes in the grist which breaks down the grains’ starch into sugars. The type of beer produced can be controlled by supplementing the malt with starch from corn, rice or wheat.

After which the water is drained from the sugary mash called wort. 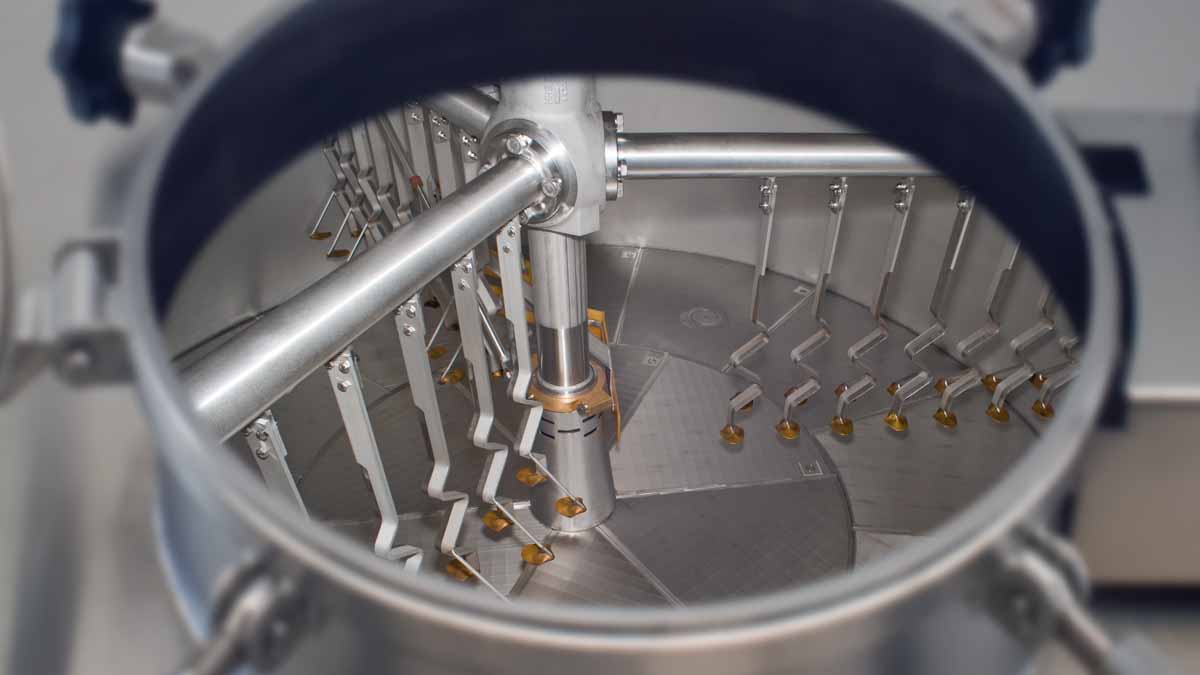 However, the extract obtained from the process is not yet called beer.

Hops are resins that provide flavor and bitterness to the brewed beer. They balance the sugar in the wort and act as a natural preservative. Once the desired flavor is achieved, they are removed from the brew as discussed in the next step.

You can check this article for the types of hops used in beer brewing. After the boiling process, the wort is transferred into a hot wort tank for hop separation. This is where most problems in the brewing process occur because hops can be trapped in the ball valves during the separation process. Especially if the ball valve you used is not a reliable one. With this considered, you must only choose the best ball valve manufacturers in the USA and China for your brewery.

After the separation process, a liquid which is ready for the next stage is left. The liquid is then cooled mostly in a plate cooler. Then the wort temperature lowers in just a few seconds as it passes opposite the coolant flow in a stainless steel plate.

During this brewing stage, the brewing is finished and the fermentation process begins.

In the fermentation process, the filtered and cooled wort is transferred into a fermenting vessel where yeast is added during the filling. The yeast is intended to transform the wort into beer by converting the sugar in the wort to carbon dioxide and alcohol. This adds vital flavor and sparkle to the beer.

To know more about the difference between ales and lagers, check this article.

Then the yeast is removed from the brew after the fermentation process. Now we have a beer!

There you go! Now you know how much the beer brewing process has improved since the Egyptian times. In today’s beer brewing processes, brewers have learned the right tactics in the selection of good quality grains for the brewing process. Aside from that, certain measures and processes have been added and given into consideration to assure the quality of the beer produced.

The Best Things About Blockchain You Should Know

NEW YORK, US – Media OutReach – 20 December 2019 – Infor, a global leader in business cloud software specialized by industry, today announced that the company was recognized as a Leader in the Gartner 2019 Magic Quadrant for Enterprise Asset Management Software for Infor EAM.1 Per Gartner, key characteristics of Leaders include: broad and deep EAM offerings, proven success in moderate-…

‘Arab Digital Capital’ initiative inaugurated at the 23rd session of the Council of Arab Ministers of Communications and Information Technology Riyadh leads the region in the promotion of technology as a catalyst for increased economic and social well-being RIYADH, Kingdom of Saudi Arabia, 19 December 2019, (AETOSWire) : Riyadh is set to become the Arab…

In the advent of the 2020 novel coronavirus, most event professionals have moved from leading activities to addressing a global pandemic. This involves making contingency plans to protect their sponsors, attendees, consumers, and teams’ safety and health, seeking new ways to repurpose event material, and taking bold steps to see what the next event period…