What is a Cell Phone?

Cell Phones Cell phone (cp) is a mobile or portable phone that enables a user to communicate almost anywhere in the world. Now cell phones are an extremely popular electronic device for people to purchase and in some instances, they are even replacing house phones. A new cell phone also more technologically advanced that sends pictures and videos and connects to the Internet for web surfing. The potential of things that can be done with these phones is endless and it is particularly a two-way radio function. It can be used to look up whether or answers to questions on search engines, but they can also expose a child to anything that anyone wishes to send.

A Short History of Cell Phone:

Doctor Martin Cooper (Born: December 26, 1928, in Chicago Illinois, USA) invented the technology for the cell phone when he was the Director of Research and Development at Motorola. He is the CEO and founder of Arraycoom which is a wireless communications software company that works on researching smart antenna technology and improving wireless networks. But the only problem was at this stage technology to implement the ideas did not exist. At the same time, there were two companies that were trying to develop a better way to communicate; their name is AT&T and Motorola. But Martin Cooper was thinking of ways to communicate wirelessly, which was first for human beings to use such technology.

In 1973 Martin Cooper beat AT&T and was successful with his first-ever mobile phone and the first cell phone released by Motorola was the DynaTec phone which weighed about 5 pounds. It took batteries and the battery life would last for 20 minutes long. The nickname for the battery was BRICK. It cost 4,000 US dollars to own a cell phone and it took about 10 years to make the phone Cooper used for the first call available to the commercial public in 1973. But over the past half-century, the cell phone has become much smaller and easier to carry around, and it’s evolved to connect us in ways that Cooper perhaps never imagined.

How does Cell Phone work?

Cell phones work by connecting to a cellular network and people pay subscription fees for this. The cellular network is a wireless digital or radio network that is made up of cells. This cellular network connects to the public switched telephone network (PSTN) the same as a normal landline phone that allows the calls to and from your wireless phone to be sent to any phone.

A new cell phone uses Subscriber Identity Modules (SIM) cards, which are smart cards, and this smart card stores information about the subscriber to the cellular network. SIM cards keep information about the cell phone subscriber and it also allows cell phone users to switch phones by removing the card and placing it in a new phone. The information in the card is used to authenticate who is the subscriber for this card. Mobile Phones are also used as memory storage cards called flash media. Flash media allow pictures, video, music, applications, and other data to be stored on the cell phone and some of the most common cards are Compact Flash, Smart Media, and Memory Stick cards.

Benefits of cell phone for the children as well as their guardian: 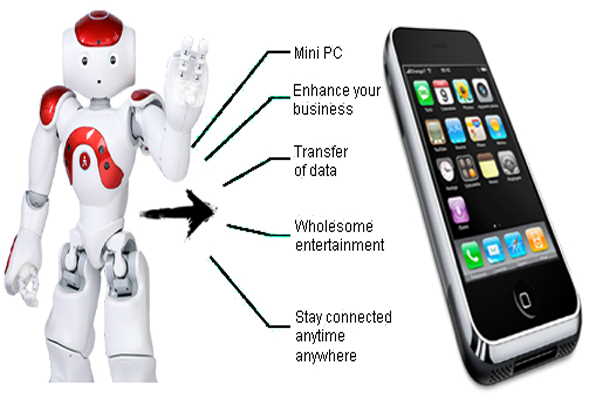 To Serve as a Time Clock for Employees: Employees who are on the road can use their cell phones to clock in and out as well as logging their locations. So it helps the company to keep records of labor for specific jobs on off-site worksites.

To Monitor Employee Behavior While Driving: In GPS tracking, it can be used to monitor the speed at which employees are traveling as well as to determine other negative behaviors behind the wheel.

To Assist with Employee Navigation: Cell phone tracking for business helps your new employees to have access to constantly updated maps and turn by turn directions to job sites and other locations at the tip of their fingers.

Allow You to Assign Routes More Efficiently: The use of cell phone GPS tracking offering your employees to create routes that are highly efficient for labor and to ensure that your employees are following the prescribed routes.

Common Benefits for All:

Locate Yourself: Mobile internet helps the user to find new information in different areas that helps the user to get recommendations and find locations on a map. Cell phones have a global positioning system that uses satellites to locate the users of a phone.

Use Social Networks: Nowadays, several cell people are using social networking sites, such as Facebook and Twitter and it will be easy for the user to update status or check the updates of the status.

Disadvantages of a cell phone:

In terms of advantages and disadvantages, the cell phone is one of the most essential modern technology for the user to communicate with the globally within a second, as well as a new cell phone, has immense public utility, improving communication in social and commercial interactions.

A To Z about Cell Phones

What is a Cell Phone? Cell Phones Cell phone (cp) is a mobile or portable phone that enables a user to communicate almost anywhere in the world. Now cell phones are an extremely popular electronic device for people to purchase and in some instances, they are even replacing house phones. A new cell phone also…

If you run a business dealing with underwater plumbing and underground wiring, you understand how messy, time-consuming and expensive it can become to check the health of the pipes. Several storm drainage solutions and sewer systems around the globe are incorporating advanced technology such as high-resolution cameras on remote-operated crawlers. The camera inspection is considered…

The Galaxy S20 has been receiving a lot of attention for its innovative camera experience granted by such capabilities as Space Zoom and Single Take, as well as its super high-resolution sensors, video capture in stunning 8K resolution and other leading functions. But beyond just offering these innovative camera capabilities to ensure your memories are…

Breathe easier thanks to Samsung’s range of airconditioners with Triple Care Filter There is now a heightened focus by millions of people around the world to improve the quality of air they breathe – to combat bacteria and viruses. Therefore this is a time where people are more aware of the need for appliances that…